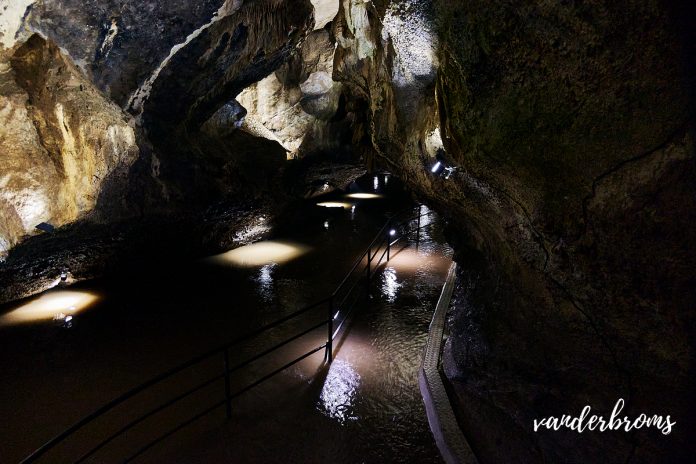 So yesterday me and my oldest friend decided to do something a bit different and do some urbex exploration. Thanks to the very much inspirational website Atlas Obscura we headed to the eastern parts of Belgium.

Where we for one visited the caves of Remouchamps. It was an interesting walk through the underground. But walking was all we did. Cause thanks to the insane weather the caves were actually quite flooded. Which meant the normal boat ride you take out of the caves was cancelled. So instead of boating we were partly skippety hopping across the puddles.

Even though our visit was cut in half due to the water masses we felt it was also kind of a cool thing to see the caves out of this extra ordinary perspective!

Next on our tour was the Sanatorium du Basil at Staumont. And I can tell you this. If you can get over that some presumed bratty little twats have gone all in to destroy as much as they possibly can of this impressive abandoned place. You are in for a somewhat spooky treat.

I brought my “party camera*” along for the visit and here some shots from the sanatorium and its surroundings.

As you can see the place have basically been ripped into pieces and even though yours truly am a big fan of spray paint this kind of in most cases totally meaningless destruction and graffiti I don’t understand at all.

Even so, it is an impressive piece of property to visit. The Sanatorium du Basil is probably also considered one of the best Urbex beginners experiences out there. Cause when we went out on our quest we did never ever consider the possibility we could actually park our car by the front door! Hope you enjoy the photos 😀

The world has turned

Terror on Elmstreet, kind off..

Some days you just cannot win