The good, the bad and the ugly

The other day I went out on a quest to find some wild horses to get in front of my camera. And on my way to the nature reserve I came across a freak of nature of an ugly and bad man.

Ugly as in a mental freak. Not only did he fly into the road where I was driving and almost running me off the road. When I honked to get his attention he was not alone he slammed the breaks and left his car in the middle of the road and ran up to my door and banged on the window. AS IF I would open either one of them..

When he realised people were staring at him he jumped into his car and blocked the road in front of me driving like 5km an hour. And when I tried to overtake him he accelerated and then slammed the breaks again and ran out of his car and started to film me where I was sitting in my car. WHAT a freak! You’d think at this point he was done with being an full blown idiot.

But no, senor was not done just yet. Once more he jumped into his car and this time around he drove a couple of 100 meters just to suddenly stop on the side on the road to indicate I should take him over.

So I just stopped and parked behind him. Killed my engine and leaned back and waited him out. Something that didn’t take long.

And let me tell you this. If you’re a plus 55 man kind of thing and behave like this you really should seek out some mental therapy. But for now let’s keep this freak of nature as an example of the bad and the ugly.

Despite me feeling a bit freaked out I did find my nature reserve and grabbed my gear to get out and search for those wild horses. However, the first thing I came across and which made my day was not any horses. It was not even a cow. It was people!

Good people armed with a garbage bag walking both outside and inside the reserve picking up plastic and other garbage! This made my day.

These kind of people is what the world need more of to become a better place. I try to be a good person. I don’t always succeed. 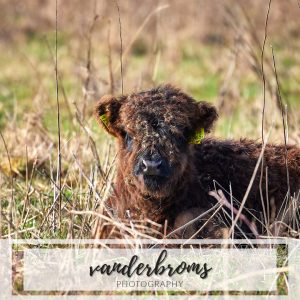 And for sure I failed completely on my quest of finding those ponies. But I did find some cute and fluffy Scottish Highlands. And they also make great super models.